Volume 3 #2 of the Canadian Journal of Anthropology (1983) – the “Proceedings of A Symposium on Human Evolution” – can also be found here as a PDF file. This issue of CJA was not an official collaboration between CJA and CAPA, but Dr. Sperber, the issue editor, is an active CAPA member and the content is certainly relevant to CAPA members. It is reproduced here with the permission of Dr. Sperber and the Department of Anthropology at the University of Alberta.

Applications are now open for the UNB Bioarchaeology Field School for the 2020 field season at the beautiful Fortress of Louisbourg, in Cape Breton, NS! Details on applying at unb.ca/bioarchaeology - due Mar 1 2020 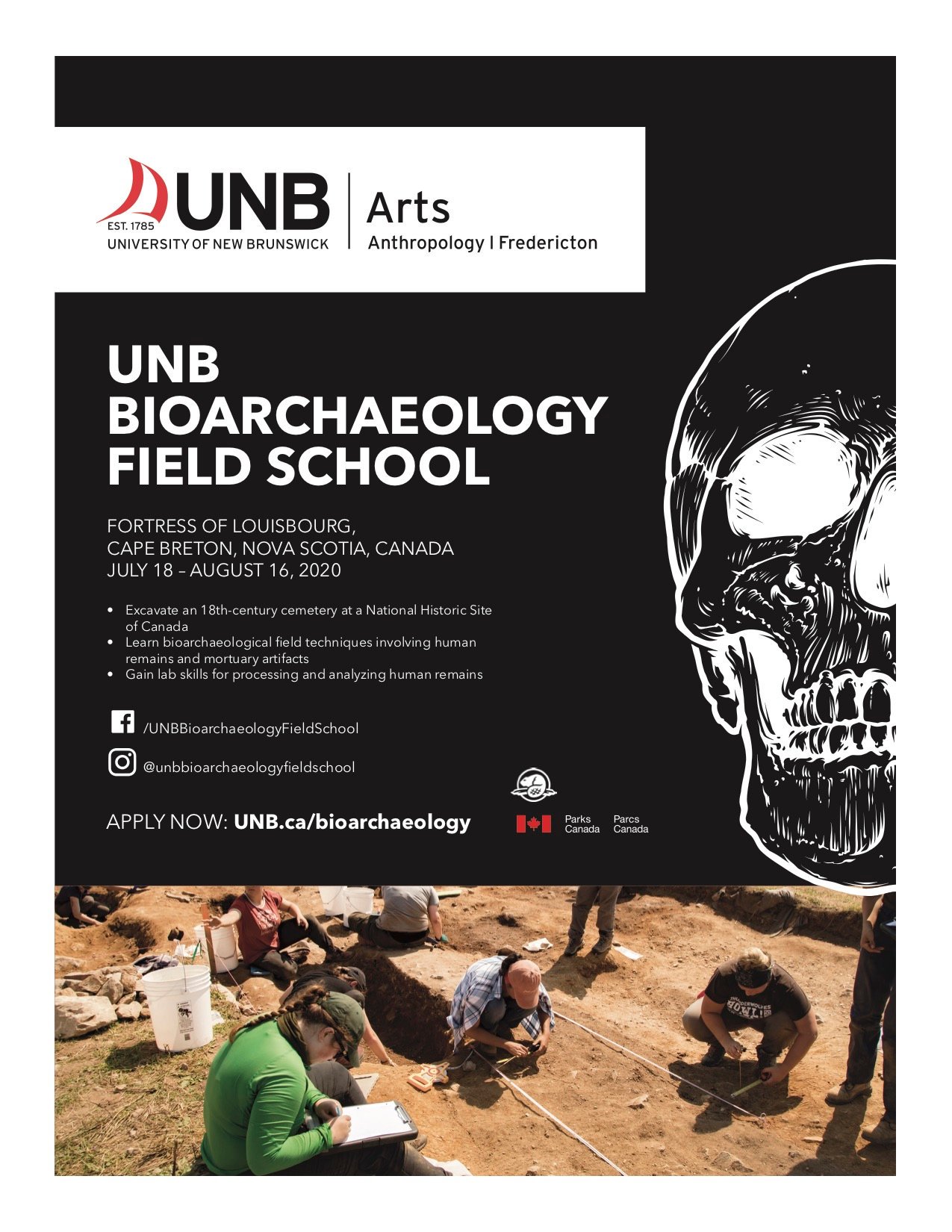 Contributions for the Fall 2019 CAPA-ACAP Newsletter are welcomed and due by November 15th, 2019. Anyone interested in submitting photos, student profiles, exciting news, and more are asked to submit materials to Madeleine Mant at maddy.mant@utoronto.ca